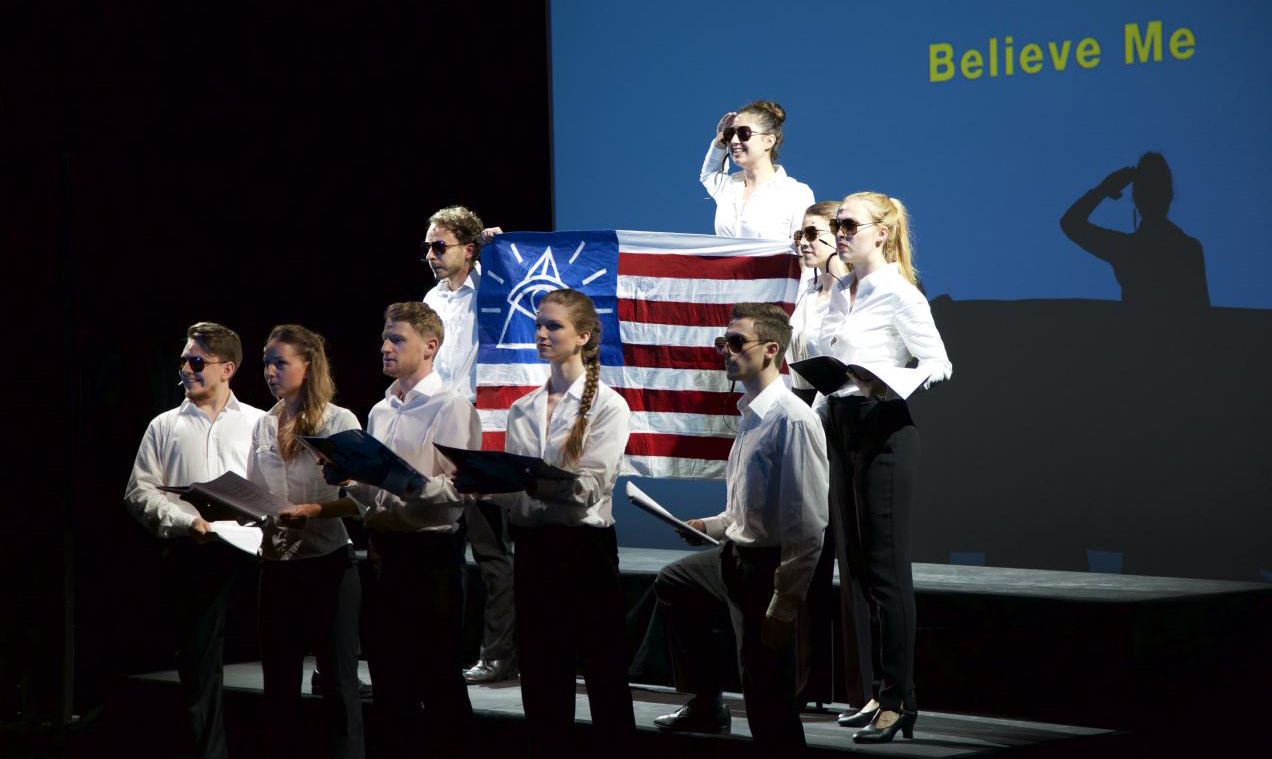 “Full of irony and wit … extremely contemporary …
in the style of the Broadway smash ‘Book of Mormon.’”

PATRIOT is set “soon” in a dystopian Unified State, but was inspired by real events: the Snowden story, Guantanamo, and Shubert v. Trump, a case the author brought to stop the NSA from spying on tens of millions of Americans (later featured in the Oscar-winning documentary, Citizenfour).

Ilann was a member of the Tony Award-winning Advanced BMI Music Theatre Workshop, and is a member of The Dramatists Guild. His short musicals and songs have been performed at the Flea Theater, the Zipper Factory, and the Producers’ Club. PATRIOT has been workshopped or presented at BMI, Theater Resources Unlimited, NationSwell, and the Théâtre des Champs Elysées in Paris. Ilann wrote the book, music and lyrics for PATRIOT.

PATRIOT a Semifinalist at the O’Neill